Be Careful What You Wish For: Arbitration Is Not Mediation

A recent decision by the Appellate Division of New Jersey’s Superior Court demonstrates the need for precision in defining what method of alternative dispute resolution (ADR) an association utilizes or agrees to. Carelessly referring to the ADR procedure as an arbitration can make the ultimate decision binding upon the parties, even if one of the parties had something else in mind.

In Case You Missed It: What You Should Know About the Radburn Bill (Webinar Video) 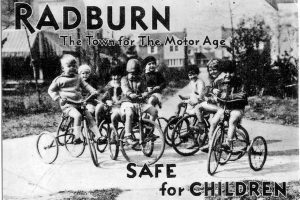 In August 2017, Hill Wallack‘s Ronald L. Perl, Esq., Caroline Record, Esq. and Jonathan H. Katz, Esq., in conjunction with Wilkin & Guttenplan, P.C., presented a webinar dealing with what you and your community association should know about the new Radburn Bill.

In case you missed this webinar, you can view it by clicking here.

Have you ever wanted to learn the art of mediation and help resolve community association disputes? Now you can…

Become a mediator or refresh your mediation skills as part of CAI-NJ’s Mediation/Alternative Dispute Resolution (ADR) Program training. Mediation/ADR is a non-adversarial approach in which a neutral party – the mediator – guides parties to a dispute through the resolution process to reach a mutually acceptable agreement as an alternative to litigation. CAI-NJ is sponsoring the Mediation/ADR Training Program for a limited number of registrants to fill the critical need of providing affordable mediation services by person who are experienced in community association matters and issues.

In an unpublished Appellate Court decision – The Glens at Pompton Plains Condo. Ass’n, Inc. v. Van Kleeff – the New Jersey Appellate Division made it abundantly clear that condominium associations must offer alternative dispute resolution (“ADR”) for any “housing-related dispute,” including the non-payment of assessments/maintenance fees, prior to filing any non-emergent legal action against a unit owner.

The New Jersey Condominium Act, N.J.S.A. 46:8B-14(k), requires condominium associations to “provide a fair and efficient procedure for the resolution of housing-related disputes between individual unit owners and the association, and between unit owners, which shall be readily available as an alternative to litigation.” Although, the Condominium Act does not specifically define the term “housing-related disputes,” that issue was squarely addressed in by the Appellate Division in Bell Tower Condo. Ass’n v. Haffert, which was decided in January 2012.